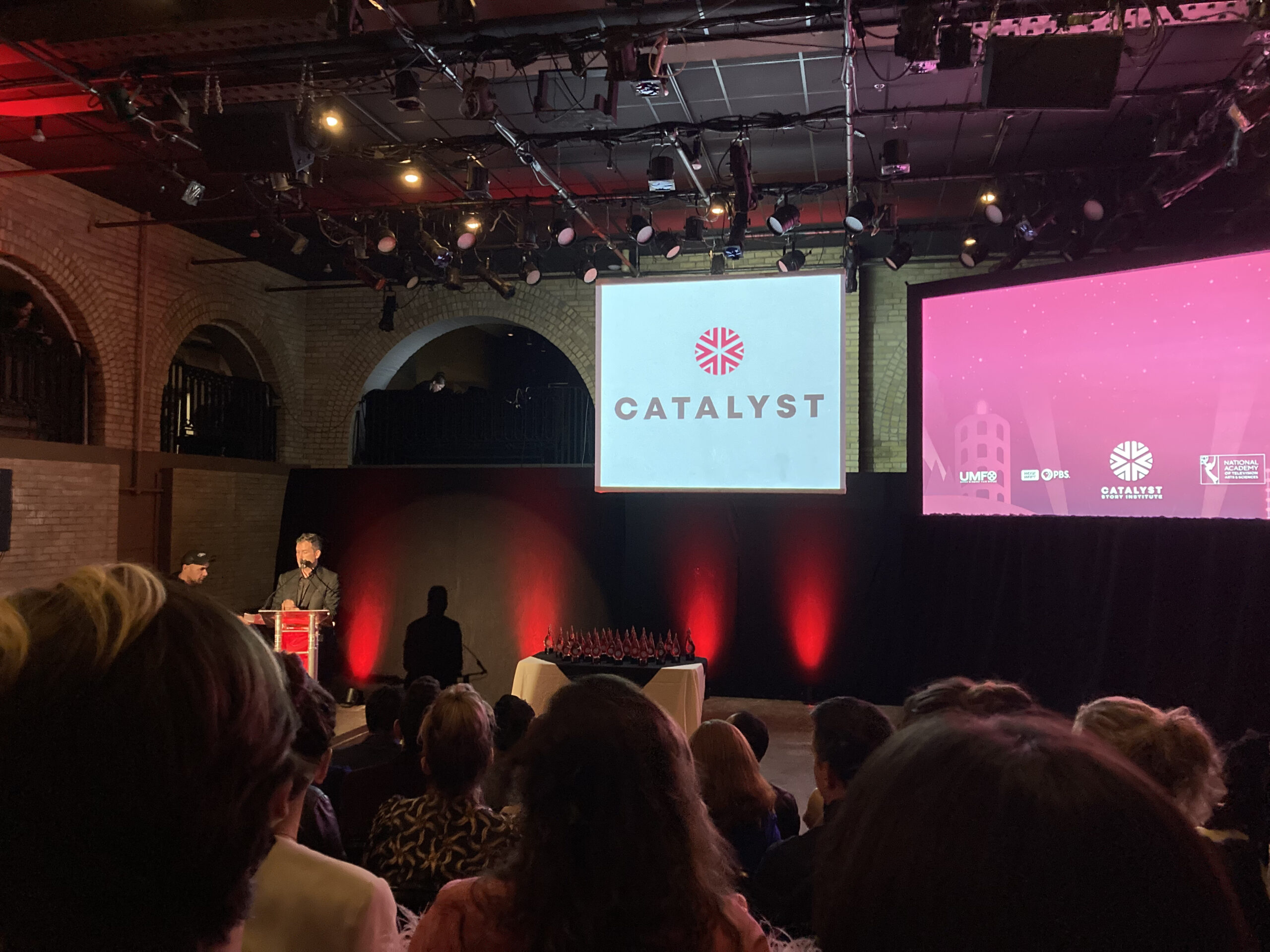 We are proud to announce that the editors of the “Complete Bull” pilot episode were given an Outstanding Editing Award at the recent Catalyst Content Festival. The honor given to Paul Kakert and Justin Norman was one of just 25 handed out at the awards ceremony that wrapped up the four-day television and web series content event in Duluth, Minnesota.

The pilot for our fictional series “Complete Bull” was selected from 800-plus submissions for inclusion in the festival/marketplace, which was held in late September into early October. The event served as our official premiere and was a great opportunity to showcase what our team built as we focus on selling the series.

In the first episode, we introduce viewers to an artificial insemination technician – think fertility specialist to cows – whose Midwest hometown will face an upheaval when a West Coast water shortage leads to a forced relocation, bringing hundreds of first-generation immigrants to her hometown.